My first guest on this virtual salon (wouldn’t it be nice to be enjoying wine or tea or coffee and “assorted sweets” as my daughters say) is Steve Schecter, an independent director, producer, writer and editor. This man of many talents lives in northern California. Thanks to friends here in Santa Fe, I met Steve a few months back and am grateful that he agreed to come to our salon. I think you’ll find his work with at-risk youth and his thoughtful answers inspiring.

1) Steve, after we met, you e-mailed me and wrote that we “share the same values about the importance of creativity and children.” I’m curious first about your personal creativity. Where did you grow up and do you think your childhood is connected to your creative work?
SS: I grew up all over the world, in Japan, Hong Kong, and Moscow, USSR. I always had to meet new people, and learn new languages growing up; become accustomed to new cultures. I think the flexibility and resilience that I learned as a child dealing with this adaptation to new people and places, are definitely a help with my creative life.

2) How did you become interested in creating documentaries and how do you choose your projects?
SS: I started making documentaries of my own when I was 13, after my uncle gave me a super 8 movie camera for my birthday. Before that I had taken pictures since I was about 9 with cameras my Dad gave me. I loved the magic of capturing images and sounds of the world around me, especially people; and telling stories of people’s lives. I attended an ethnographic film conference at the Smithsonian when I was in high school, and that led to my first job for the Smithsonian’s National Anthropological Film Center filming indigenous people around the world, beginning the summer after my freshman year at college. I started my own company to make documentaries soon after I graduated from college a few years later.

Projects often come to me, as subjects that people want a film made about. Usually, if they find me, it’s because it is a subject I will be interested in. Other times there are stories that I see around me that my kids might be involved in or that are part of my community that spark my interest, because the people involved are searching for a better life or are trying to help others lift themselves up.

3) What are a few of the significant challenges of the work you do?
SS: I would say the most significant challenge is finding the funds to make the films. I do not have a formula or a constant source I go to. I look to the people who would have the most interest in seeing the film made, and try to get them involved in finding the funds in their midst.

4) One of the young people in the video links below says, “When I’m in the zone ….” When are you in the zone?
SS: I am in the zone, when I am filming people and events, and my picture flows with the action. I am not thinking, but I am more like a calm lake reflecting the flow of activity and ideas. I like to shoot hand-held and move with the camera. I also get into a zone while editing, when my hands move over the keys, sewing images and sounds together in a burst of energy, creating a quilt of motion that unfolds the story as I would like.

5) I so liked the pace of your videos/films, how you steadily held my interest. Is that a skill you’ve always had?
SS: Thank you, Pat. I’m glad you liked the pace. That is always a tricky issue, because tastes and styles change with the times. I listen to my body and my mind as I watch what I am editing to see if there is something there that captivates me and moves me. Showing the rough cut to people is an important part of the process to see how they are responding. Whenever I watch my work with others, I always have a different response than if I watch it alone. 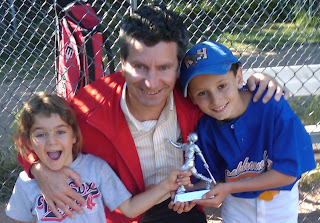 6) Now let’s return to our shared interest and commitment to children and creativity. How do you nurture creativity in your own children and how could we as a country foster creativity in our young people?
SS: I think that children are a lot smarter and more creative than adults generally give them credit for. I try to listen to my kids and learn from what they have to say in their words and their art-work or writing. I think I can learn a lot about myself that way. So, as far as fostering creativity in young people, I think we just have to give them the time, the tools, and the encouragement to tell their stories in words or images. It is all there within them. Clearly it is a critically important part of their growth as human beings to tell those stories.

Watch Steve’s documentary of the Niroga Institute’s work with students, incarcerated youth, cancer survivors and other underserved populations. Niroga TLS students and teachers talk about how their lives have changed since discovering yoga, meditation, and Transformative Life Skills.

Mindful Kids is a documentary about the introduction of ‘mindfulness’ in six schools in Oakland, California, to help students overcome very difficult personal, academic, and athletic challenges. Watch the trailer.