Welcome to Bookjoy Creativity Salon, Malena! It’s exciting to interview a Swedish poet now living where I do in Santa Fe, NM. I met you thanks to poet Janice Gould who was recently part of our salon. It has been such a pleasure to read fine poems in your first book Ocean Avenue. I look forward to savoring Astoria, your second book. Malena, please tell us a bit about yourself. What are you doing in New Mexico? 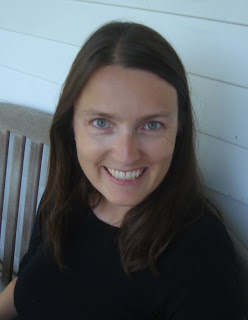 I live here–my family and I have lived here now for five years, which is the longest we have ever lived anywhere continuously. We came to Santa Fe in the fall of 2007 when I was invited to be a writer-in-residence at The School For Advanced Research for the school year. It became clear to us fairly soon after we arrived, that Santa Fe felt like a place where we could work, live and be. And leaving simply became impossible as the year went on. It was the first time in years that I for instance, felt perfectly at home. It is a wonderful thing to feel after years of feeling uprooted and being on the move.

You are a poet, translator, professor and mom. I’m always interested in how a busy woman creates time for her creative writing. How do you do that?
I am not entirely sure how to do anything, nor how I do and have done things. Every day is a different experience, and so is the experience of writing as well. Every time I write a poem it occurs in a different way. Writing has become a seamless part of my life, of who I am. Sometimes I write while I am doing other things, thinking about other things. Because a poem often appears when I least expect it, it is like, while out walking, coming upon a street performer after turning a corner. Every time I write something it occurs in a different way, at a different time–I think that is, in a way, what I love about writing and living. The uncertainty and the unpredictability of just how or when a poem might present itself.

I don’t believe I’ve interviewed a translator before. How did that practice and talent evolve? What is a key challenge of translation for you?
I did not plan to begin translating. When I was an undergraduate, I was obsessed with a book of poems–it was 1933 by Philip Levine. I think he was the first living poet that I read. I must have read his book some 59 times or so and that 59th time I was reading it, I was traveling on an airplane, flying back to New York from Copenhagen and I began to hear the poems in my mind in Swedish. Maybe it was because I was still thinking in Swedish then, after having spent some weeks in Sweden. Anyway, I just wrote down the poems in Swedish next to the English originals in the book. They were quick first drafts–that I then revised for years. I just published my translation of that book in Sweden last summer. But that is how I began translating. I think one of the greatest challenges of translating is to make a poem as good or perhaps even better in the language you are translating it into, to honor, if not always the precise meaning of a poem, but maybe the urgency and or the arc of its lyrical voice. And if not that, then to attempt to bring across some other aspect of it like the formal structure, or maybe the distinct music of a poem.

And how does it feel to be a translator of Tomas Transtömer, winner of the 2011 Nobel Prize in Literature?
Oh, I was so beyond myself excited that Tomas received the Nobel Prize–he is such a profoundly resonant and influential poet. He is the most translated European poet–he has been translated into over 60 languages and has, what is unusual, a global literary presence. I also believe that I heard that he is the most translated poet into English–after Rumi, Rilke and Neruda. So I am just one of many who translate him, it is wonderful, wonderful work because I love it and I inevitably learn so much from it.

I’m always curious to savor the first lines of a book, the entering into a space created of words. The first lines of Ocean Avenue are such a pleasurable reading experience:
In the shape of a human body
I am visiting the earth;
Is there another shape in which you’d like to visit the earth?
Maybe a tree. It appeals to me to be a tree–to be rooted in the earth. Is it not what we all in a way long for? To be more rooted, more grounded in our own experience? Also maybe a mountain, that would be cool or conversely a bird since I imagine that it would be incredible to fly.

Like all good poems, yours invite re-reading and sharing. I was keenly aware of how attentive you can be: of yourself, your surroundings, and of our physical impermanence, of death. Yet, there is a quiet hopefulness in your poems as in “Three Daffodils”:
but in the end we feed
the earth with ourselves.
Do you sense your hopefulness?
Yes, I do. I think that I am in a sense, pretty much hopelessly hopeful. I think that I somewhere along the way must have consciously decided to be hopeful–I feel that the human world is much too negative to have yet another person contributing to its negativity. I once had a vision that what we do here in this universe does not simply occur in the space of it–it helps create it–is a seamless part of it, as much as anything else is an equal and seamless part of it.

What is particularly challenging about teaching poetry?
Possibly that I don’t quite believe in the idea or the possibility of teaching anyone anything. That teaching is not about teaching but about something else. That it is more a matter of sharing poetry and somehow engaging the students in such a way that they themselves begin to ask themselves and the world the kind of questions that are pointed enough and evocative enough to provide them with inspiration to continue reading and writing.

Has being Swedish influenced your work even when you’re not writing about anything connected with Sweden?
I am sure it has since I believe that nothing is without effect, as Somerset Maugham wrote In the Razor’s Edge. I believe that what we write is inevitably and seamlessly connected to who are, what we have experienced and so on.

Were you always a reader and did you always enjoy reading poetry?
I grew up loving to read–but never poetry, I read fiction quite steadily. I never read poetry until after I left Sweden and I went to High School in the US and my English teacher decided one day to read aloud to us T.S. Eliot’s, “Love Song of J. Alfred Prufrok.” While he was reading the poem, I fell in love with poetry–I thought it was the most profoundly beautiful thing I had ever heard. I could not believe my ears, that experience changed me. That day I knew that I was going to spend my life writing poems in English, that that was what I was going to do with my life.