↓
Home→Día→This Month’s Día Dynamo is Lucia Gonzalez!
I feel so fortunate to be working on Día’s 15th Anniversary plans with my friend Lucia Gonzalez during her year as REFORMA’s President. As you’ll read in her interview, Lucia has been a Día champion for years. She’s not only a wonderful advocate but also a fine storyteller and author. 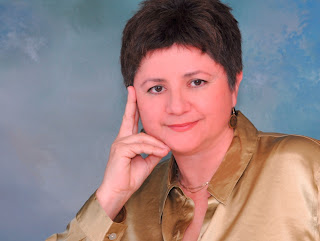 I. When and how did you become interested in sharing bookjoy?

LG: I have thoroughly enjoyed sharing bookjoy in all the story-hours, family programs, book-talks, and literacy programs I’ve presented in libraries everywhere throughout my career as children’s librarian. I was a children’s librarian at the Hispanic Branch Library of the Miami Dade Public Library System when I hosted my first Día de los niños celebration in 1998. Since then, I’ve never stopped celebrating Día or helping others celebrate Día and share bookjoy. I also share bookjoy through the books I write.

2.How did you first learn about Día and what has been your experience with Día?
LG: I heard about Día through my friend and colleague Oralia Garza de Cortes during the Annual Conference of ALA in 1997. I haven’t stopped celebrating since that year. It has been very gratifying to see Día grow to a national initiative supported by librarians across the nation. In 2003, while working as Youth Services Coordinator for Broward County Libraries, I was able to establish Día as a system-wide, month-long celebration that culminated with a Children’s Reading Festival at the Main Library and three other Regional libraries in the County. Since then, Broward County Libraries continue to celebrate Día each year. In 2007 our celebration was honored with the Mora Award. That year the event was supported with a mini-grant awarded by the Association of Library Services to Children (ALSC) and Target. Our library system gave away some 3,000 free books.

3.What are your hopes for Día 2011, Día’s 15th Anniversary?
LG: I am lucky to have the honor of serving as REFORMA President during a year of great celebrations when we commemorate the 40th anniversary of the founding of REFORMA. We will have a great Día celebratory program at ALA Annual in New Orleans in June 2011 and at the Fourth REFORMA National Conference (RNC IV) in Denver, Colorado, September 15-18.

4. What helpful tip(s) do you have for those organizing a Día event for the first time?
LG: Celebrating Día is a community event that requires reaching out to as many community groups as possible. A way to guarantee the involvement of parents is to invite the children to present. This can be coordinated with the support of local schools, or by organizing a talent show where children tell stories, do magic shows, dress up in their favorite book character costume, etc. If the children are directly engaged, the parent will come. The top administration of the library, city officials, and prominent members of the community also need to be engaged. Let them know what Día is about and they will support the organizer’s efforts.

5.What is your favorite example of Bookjoy as either a child or an adult?
LG: As a child, I read to my best friend, mi amiguito Jose Manuel, from the only book I owned, a pop-up book Puss in Boots (El gato con botas). My friend was asthmatic and whenever he stayed sick in bed, I went to his house with my book to read it to him and enjoy the magical and luxurious illustrations. When I left Cuba, I gave the book to him to keep it until I came back. Many years passed before I returned to Cuba. We were 26 years old when we saw each other again. He went to see me as soon as he found out I was back and gave me a very special gift, our beautiful book. He kept it all those years, wrapped in cellophane paper, waiting for my return.

As an adult, my greatest bookjoy has been reading to my two children, Anna and Jose Antonio. We cherish all the moments we spent reading together. Now that they are grown, the characters from those stories are part of our lives, common friends.

6. What are you reading now?
LG: I am reading a very beautiful book, a fictional work, about the childhood years of my favorite poet, Pablo Neruda, written by Pam Muñoz Ryan. The dialog and the scenes are very poetic.  I am enjoying it thoroughly.